The main problem I faced with this project was lacking in knowledge of Futura. Before I began this module, I didn’t know the history behind the font, its style or how its best displayed. However, I soon fixed this problem by conducing some research and gathering images of Futura for my own designs.

Once I learnt a bit about this type, I was then confident to start designing. As this was an individual task, I was my own boss. I was responsible for everything completed in this project, such as the research, sketches, prototypes and final product.

For Project 1, I had to create a poster on Illustrator based of a certain style of font from a list my tutor gave me. My selected font was Futura. As Futura was the font that was placed on the shuttle that travelled to the moon, I based the design of my poster on this historic event, as the idea of Futura being linked to the moon landing really interested me.

I had many different drafts for this project, but this design was the one that I thought was most effective. 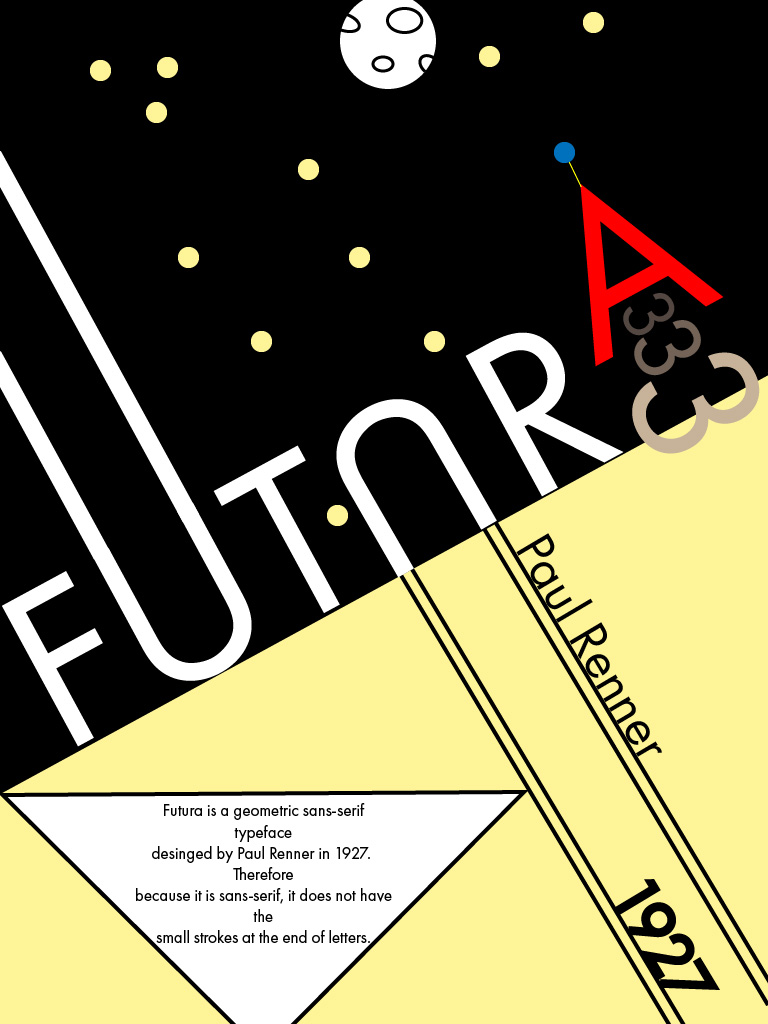 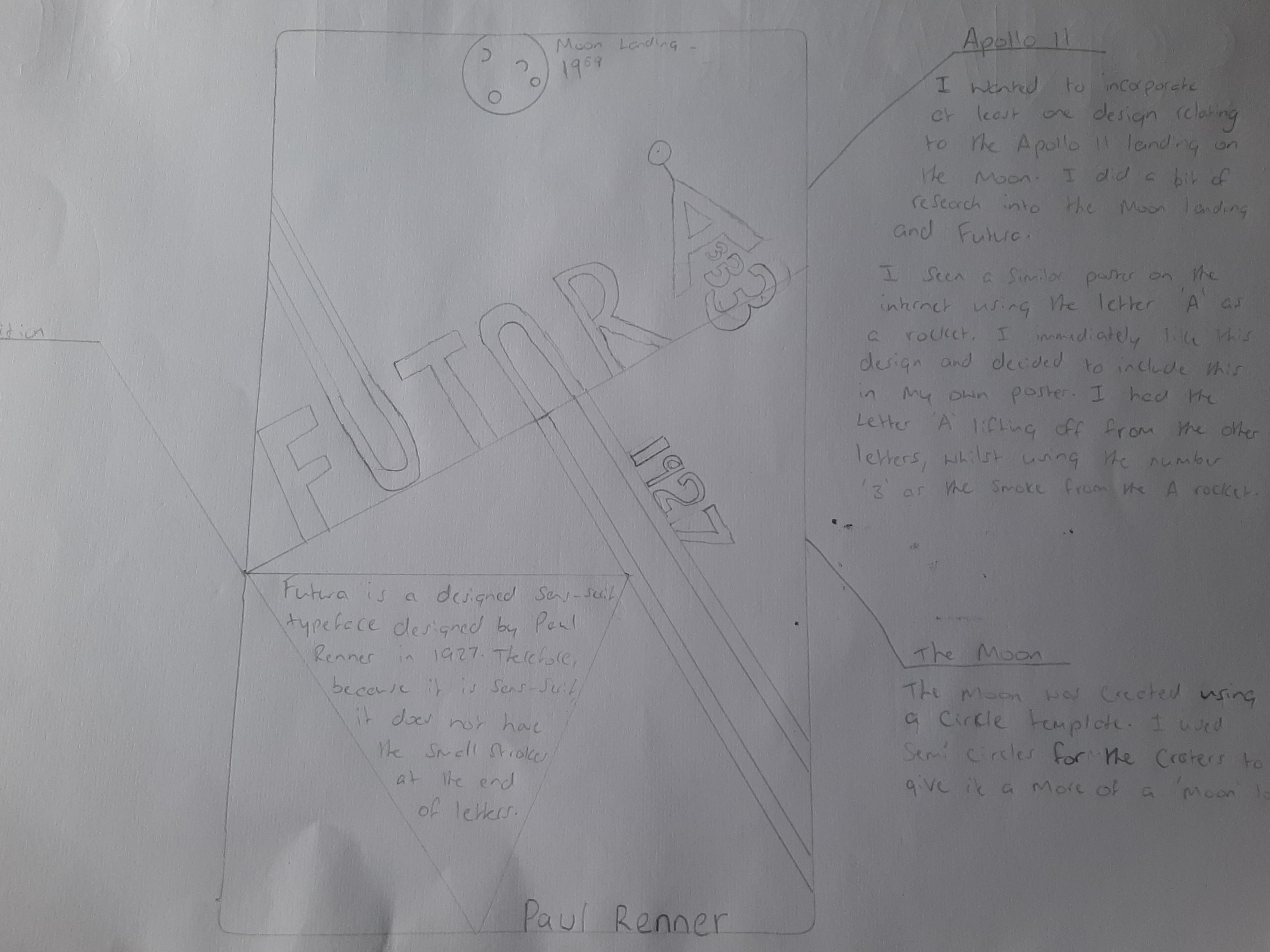 During the sketching and design stage, I had created a few ideas before I decided on my final design. These were categorised as my prototypes or experimentals. I believed that each idea I created was getting better than the previous one. I was more confident with experimenting on posters.

In the end I chose this as my final design because in my opinion it was more effective than the others, especially linking the moon landing with this typeface. I believed this was a nice reference to the Futura. This helped my problem with the other designs, as I thought they were quite bland and had no specific layout or meaning behind it. Whereas with my final design, you can clearly see the motive and story behind it. This is an element the others lacked.
When designing the poster, there weren’t many major problems or challenges I faced, as I was already familiar with Adobe Illustrator from my placement. You could say one challenge was taking precautions not to directly copy from other designers’ ideas. For example, there are possibly many designers who created Futura posters that had the same intention in mind as me, with regards to the moon landing. I had to be careful not to blatantly plagiarise from them.

The project as a whole had a good affect on me in the end. I myself was happy with the design, it enhanced my Illustrator skills and I received a good mark from my tutors as a result. From carrying out this task I learnt quite a bit about typography and how important different styles of font can be. It can either make or break your website. It was project I thoroughly enjoying creating. 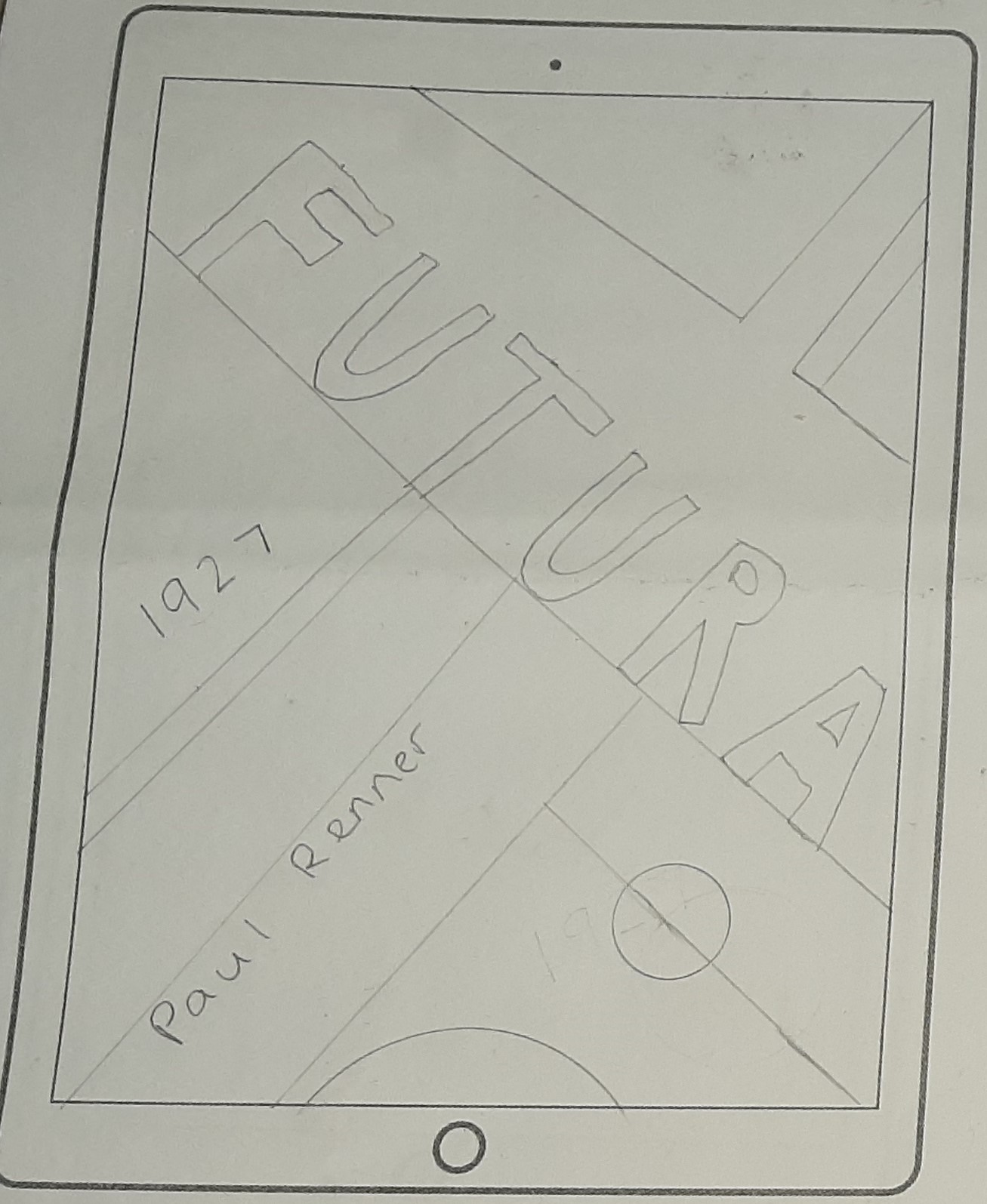 My first step was to conduct some research into Futura as a font.

I then put pencil to paper and began drawing some ideas for my design.

Once I had a few ideas on paper, I began to create my final design on Illustrator.

These are some designs that I created as experimentals to my main design. As you begin to look at these prototypes, you can see that they are quite similar to one another in some aspects. 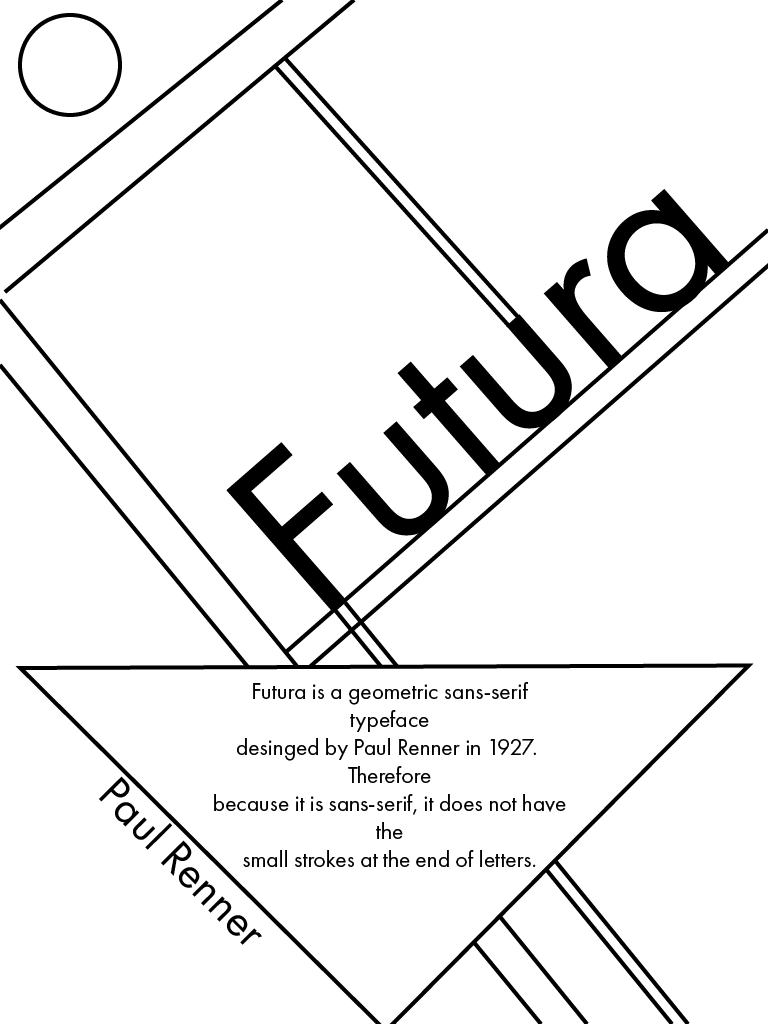 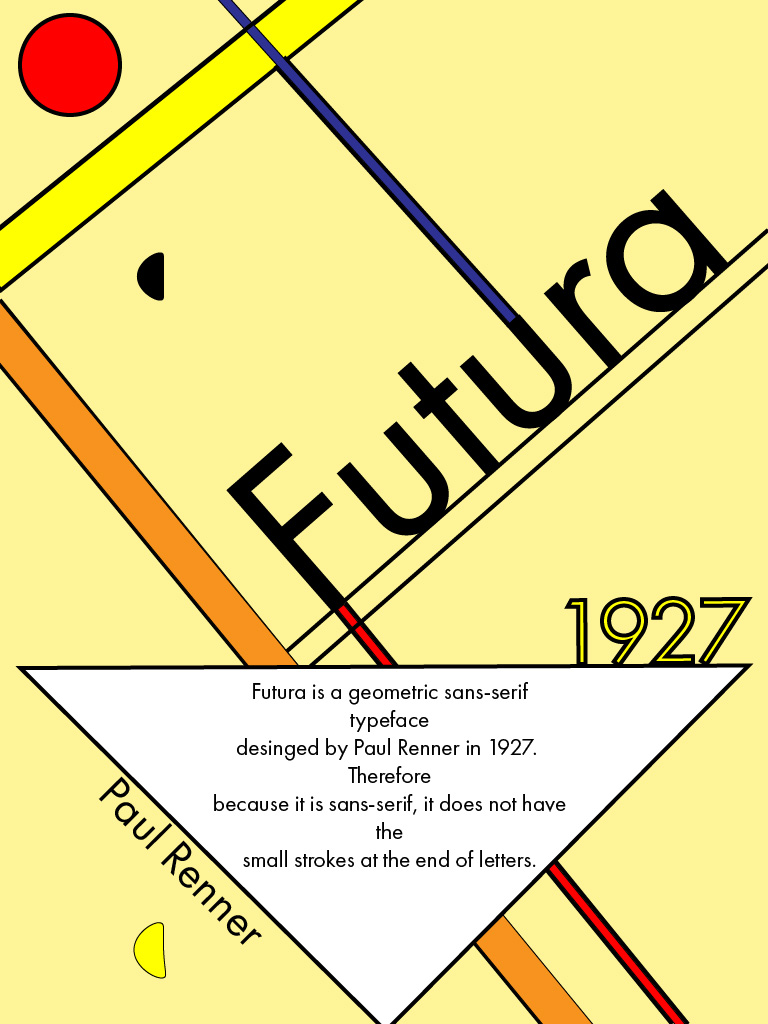 This design was the first one I created.  I researched some information and history on Futura to see what I could include in my poster. And then began initiating this into the poster. I also done a few sketches as well before designing the posters on Illustrator, to help me get an idea of how the poster would look on an iPad screen.
From this design onwards, I started to create the posters in a similar way to my final poster. In that the title “Futura” was diagonal, the year Futura was created was displayed, as well as the paragraph stating what it is. I experimented with the colours to see which palette was the best and what colours stood out more than the others.
cathal.mathers98@gmail.com